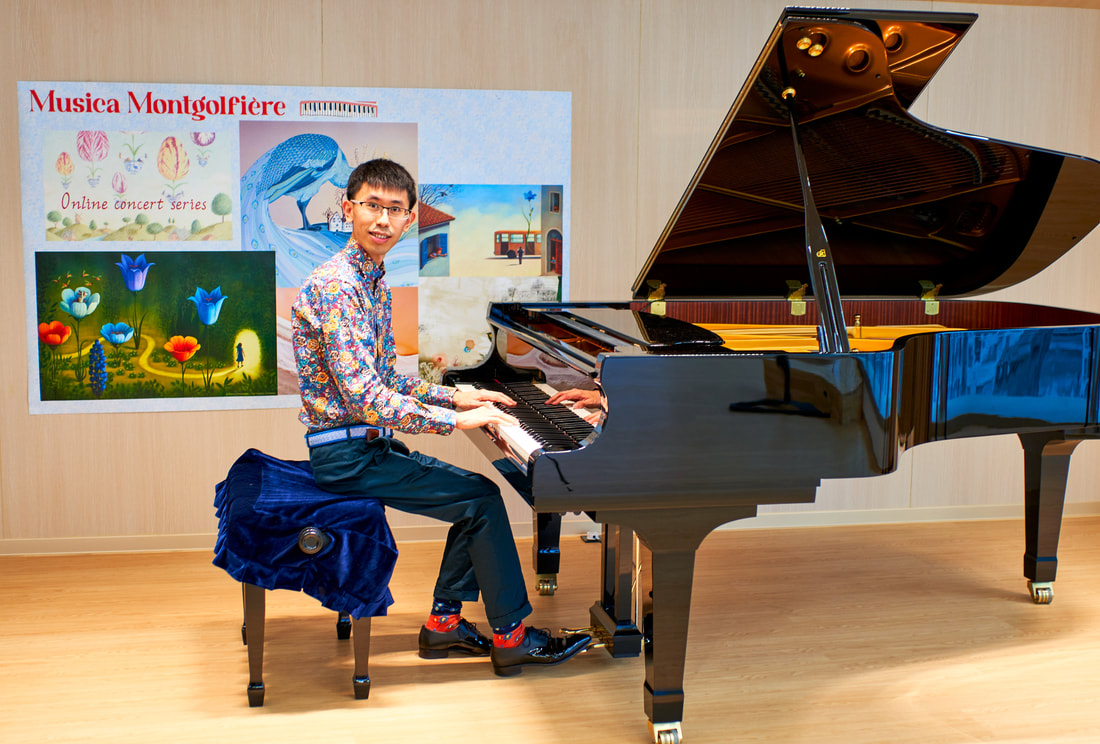 Hong Kong based pianist Stanley Wong is establishing himself as a new force in avant-garde piano performance. He is known for his extraordinary collections of contemporary scores and his authentic interpretation on adventurous new music. He is the founder of the "Sparkling Piano Concert Series" which specializing in promoting new music.

His passion of promoting contemporary piano music aims to evoke a new dimension of music appreciation, an artistic lifestyle and creativity thinking that can be applied in piano performance.

The immense interest of different kinds of art has led Stanley to create innovative concert featuring cross-over and fusion between music and poetry, visual arts and dance. Stanley always crafts a concert program that can stimulate his audience bringing them to a refreshing and memorable journey. His recent project about celebrating the 150th anniversary of children classic "Alice in Wonderland" involved 14 commissioned new piano works for each chapter of Alice by 14 worldwide composers along with commissioned artworks and dramatic narration has been critically acclaimed. The highly creative concept of Alice project has been invited by RTHK Radio 4 and "Drama Gathering in Sunday" in Shenzhen for interviews as well as continuous concert tour in Hong Kong, Taiwan and Shenzhen. In 2017, Stanley launched his first CD album "Wonderland", the world-premiere recording of the 14 new pieces. You can get the CD here.

Stanley is also charmed by toy instruments. His highly colorful and creative programming of musical work involves one-man show bringing together many unconventional toys and kitchen equipment such as soy sauce dishes, metal can, toy accordion and toy glockenspiel, toy melodica, woodblocks and music box. He convinced the audiences through his magical performances of multi-tasking show, further proving that toy piano are capable of artistic expression as well as intricate virtuosity.

Stanley is also a composer who can compose in a wide range of style. See more details of his compositions.
Wong established the Dufy Atelier des Musicains & Artist in 2010 specializing in professional piano lesson. As a dedicated piano teacher, His teaching principle aims to let students enjoy music professionally and deeply understand the musical language, interpretation skills and composer's intentions behind the score.

Booking
I love perform live and travel
I love presenting creative, refreshing and adventurous piano or chamber music
so far I've been crafting very innovative concert programs
including music inspired by literature, dance, painting, poetry, culianry, magic.....
Please contact me if you would like me to perform something special at your next function
Email me: mahlerpeace@yahoo.com.hk
​

Literature
Stanley Wong graduated from the Chinese Language and Literature department of Chinese University of Hong Kong. His interest included chinese poetry, Ci in the Song Dynasty, Creative writing and modern literature. Wong has made several researches on relations between literature and other artforms such as drama, music and painting. Wong 's thesis included " The short novels and the ink and wash paintings by Gao Xingjian", "The musical element in Yu Hua's novel 'Brothers'" and among others.
Stanley has been the editor of Literature column of school magazine "Torch" and has published numerous proses, short novels and poems.
​
Visual Art
Wong also enjoy oil painting, ink and wash painting. He has studied under several professors in CUHK. He likes cool abstraction painting, modern painting and mixed media. Click here for more photo of Stanley's artworks.
Below: a series of paintings by Stanley Wong; Year:2020